As two influential countries in Asia-Pacific region, China and Australia are strongly complementary to each other in industrial economy and share extensive common interests. Since the establishment of diplomatic relations between China and Australia 45 years ago, their bilateral trade and economic cooperation has made great achievements and benefited the enterprises and people of both sides.

The Australia-China trade value was only US$86 million when the diplomatic relations were established and it reached US$107.8 billion in 2016, with a size growth of 1252 times. In the first two months of 2017, the bilateral trade value increased 47.2%, of which China’s imports from Australia grew 77.6%. China has been Australia’s largest trading partner, largest export market and largest import source since 2009. In 2016, Australia’s trade with China accounted for nearly one third of Australia’s total trade.

The bilateral trade in service has started from zero and now it has covered widespread areas of tourism, education, finance and insurance, transport, consulting and architecture design. According to the statistics by Australia, the total imports and exports value of bilateral trade in service in 2015/16 registered AUD13.3 billion, of which AUD10.7 billion was Australia’s exports to China, up 21.3%, taking up 15.6% of Australia’s total service exports. Australia’s imports from China reached AUD2.6 billion, up 15%. China has become Australia’s largest service export market. Both China and Australia have become a popular tourist destination to each other. In 2016, the number of personnel exchange reached 2 million, among which 1.2 million were Chinese visitors to Australia. The consumption value of Chinese visitors in Australia amounted to AUD8.9 billion in 2015/16, up 27% year on year and China has become Australia’s largest source of overseas students. The two sides jointly held “China-Australia Year of Tourism” in 2017. As Australia’s largest source of overseas students, Chinese students in Australia took up nearly one third of the international students registered in Australia. China’s six large banks have set up branches or offices in Australia and Australia’s four large banks have business in China.

Both quality and efficiency of two-way investment increased. 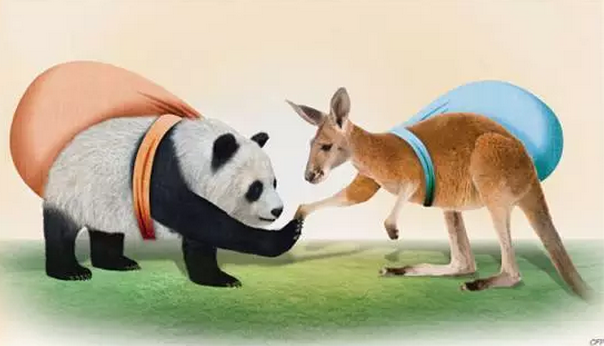 According to the statistics by China, by the end of 2016, the number of Australia-funded enterprises in China amounted to 11,000, with an actual input of US$8.32 billion. In terms of the actual input value, Australia is China’s tenth largest source of investment. Investigation by Australia shows that one sixth of Australia’s manufacturing enterprises have conducted business in China, and one eighth established offices in China. Over the past 30 years, Australia has brought China with the latest technology, business experience and management ideas and has also promoted China’s domestic development of manufacturing and service industry.

(All information published in this website is authentic in Chinese. English is provided for reference only. )